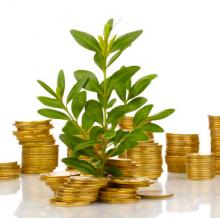 At the third meeting of the Green Climate Fund (GCF) Board in March 2013, Board members considered the different ways for developing countries to access funding. They agreed that “a country-driven approach is a core principle to build the business model of the Fund” and noted this as an area of convergence among its members.

Some Board members from developing countries stressed that direct access to the GCF is one of the key structures for country ownership. Under direct access, national governments or their nominated national and subnational institutions receive international climate funds and disburse them to relevant projects. Developing country Board members argued for this ‘access modality’ (procedure or mechanism) to be prioritised by the Board in the design of the Fund, including a provision for enhanced direct access. However, some developed country Board members argued that while direct access is important, it is one of several possible access modalities. The Board noted that the GCF should: “commence as a fund that operates through accredited national, regional and international intermediaries and implementing entities” (CCF/B.01-13/06), which leaves all options for access modalities open – including a larger role for multilateral agencies, for example.

A new policy brief on Enhancing Direct Access to the Green Climate Fund by the Frankfurt School, Germanwatch and ENDA Tiers Monde for the Climate and Development Knowledge Network (CDKN) contributes to the ongoing debate around access modalities for the GCF. In particular, the paper: